http://www.lua.org/spe.html is a pretty nice read!

TIL that Gregory Kohs was actually allowed to post on wikimedia-l at some point in the past.

(Funniest, at least!). Well worth the 27min watch.

The message icon was flashing obnoxiously. I wonder how much money CNet made off that.

I don’t notice these on desktop thanks to Adblock. Should set it up on my phone too. 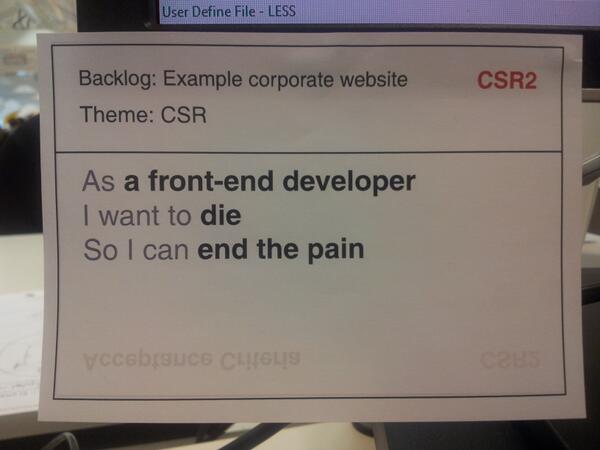 On gerrit this time

This AskReddit thread about a HIV survivor (is that even the right term?) is heartwarming. SCIENCE!!!

I don’t understand how ad-blocking is even legal. It’s like stealing – stealing content for free, IMHO there’s no difference between stealing MP3s and news or any other content. There’s some kind of user agreement between websites and its users – “you can use our site for free, but you have to watch the ads”. Adblock violates this agreement. The people responsible for this should be in prison, they’re thieves. And I’m pretty sure the time will come they will.

Python’s PEP8 has just been changed to no longer recommend sticking to 79 columns! The new text says:

It would be nice to not have any such set limits at all, and just depend on programmers not being insane, but this is still an improvement!

After being frustrated at Java’s lack of a generic ‘callback’ type, I created this interface:

And randomly throw around (with onComplete implementing ContributionUploadProgress)

This, of course, is trivial to fix with an IDE. Should be more fun with a dynamic language :)

(And yes, I removed that code before committing)